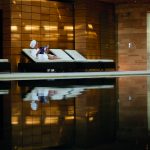 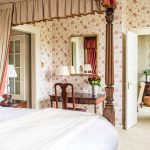 Lucknam Park is pleased to announce that they received the following awards at last night’s South West Tourism Excellence Awards 2017:

The prestigious South West Awards celebrate the best in the South West and aim to promote and reward the top organisations in the tourism industry.

Held in the brand new Lansdown Suite of Ashton Gate Stadium in Bristol, this year’s awards were announced alongside performances from LED jugglers ‘Feeding the Fish’ and an introductory presentation from adventurer Alastair Humphreys.  With 469 people booked, it was the biggest ever regional gathering of South West tourism businesses, with 135 different awards presented following a rigorous judging process in which a record 605 entries were considered.

Claire Randall, Managing Director of Lucknam Park, collected the awards and said: “I am both pleased and delighted to have won these three awards. It was especially gratifying to win gold in hotel of the year for the second year running and it is a great reflection of the very hard work the team put in to deliver the best service across all areas of the business.”

Amongst the winners there was an Outstanding Contribution award given to Graham Grose, Owner of Thurlestone Hotel, and Harry Murray MBE, Chairman of Lucknam Park, both for their service to and their lobbying on behalf of the region’s top industry.  The Winner of Winners award went to the Gloucester Tourist Information Centre for their innovation, consistency and service over many years.

Alison was also this year’s Chair of Judges and commented: “Yet again the South West leads the way in tourism excellence. Whatever 2017 throws at this very special region of Britain, tonight’s award winners will excel at what they do best – offering all comers the best possible visitor experiences.”

All entrants in the South West underwent a rigorous short-listing process with 380 being visited by a team of 36 mystery shoppers. Entry was free, and all entrants received feedback on how they had done, giving them useful tips for future success.